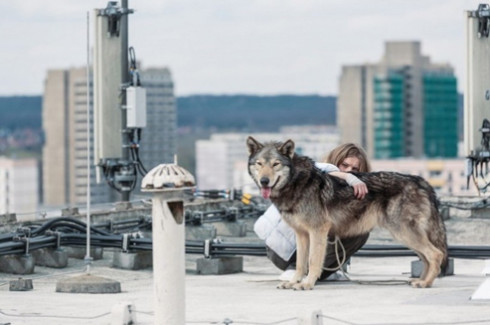 Overcoming your limitations and habits, working through traumas, looking at your life from a distance – young directors, more and more frequently, tell stories about stepping out of the comfort zone. “Making Way” – that’s the main idea behind the movies competing for the Krakow Film Award and the 100 000 USD.

Is life more than just sleeping, eating and drinking? Jacob – the main character of Gregory Kirchhoff’s “Dusky Paradise” – is looking to answer this question. After the death of his parents, the boy comes back to his homeland. He spends his time enjoying beautiful weather and sipping colorful drinks. One day he meets his neighbor – Matteo, who forces him to evaluate his everyday life.

Undermining the stiff boundaries between film fiction and the so called real life – that’s the case of “Bodkin Ras”. Running away from his criminal past, the eponymous character comes to a small Scottish town – Forres – becoming a trauma trigger and a reminder of unfulfilled dreams for the city inhabitants. Kaweha Modiri’s film contrasts authentic Scottish stories with fictional tales, and amateur actors with professional ones.

The title character of “Aloys” is a detective. One day he loses everything – his beloved father and business partner, life stability and his video recordings. Consecutive phone calls from a mysterious woman involve him in a strange game… A feature film debut of Tobias Nölle was proclaimed a hit of the last Berlinale. An exceptional, complex study of life and death, reminiscent of the films of Charlie Kaufman.

Marina Person’s “California” takes place in the 1980s, in Brazil. 17-year-old Estela dreams of going to California. As we watch her life during a couple weeks long holiday, we witness not only her first experiments with sex and drugs, but also the subtly displayed upcoming political changes in the country. And all that scored with the biggest hits of David Bowie, Joy Division and Red Hot Chili Peppers.

Nicolette Kreibitz’ “Wild” is, without a doubt, a bold and original modern film fairytale. The German director overturns the conventional social order and plays with the norms of female carnality.  The film presents an archetypal image of love overcoming divisions, between the worlds of humans and animals, civilization and nature, reality and dream.

Who will “make way” this year, and receive an award of 100 000 USD ? The jury, this year headed by Krzysztof Zanussi, will announce their decision on May 7th. See you in Krakow during the 9th Netia Off Camera.

More information you can find on: 9. Netia Off Camera.

Source: press release of the 9th Netia Off Camera