﻿ An exhibition: Anna Kott – Being a Being | Link to Poland
Previous Next 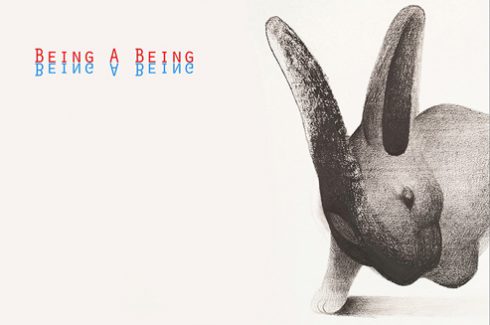 In her solo exhibition Being a Being, the artist Anna Kott presents an installation of works on paper. The two dimensional works are complemented by a three dimensional element, two threads of red and blue wool that undulate across the walls of the exhibition space like a lifeline, a sign for continuity and the flow of a journey. The works on paper act as points of stasis and stations.

The rabbit, that is the subject of the works on paper, has a long tradition in the iconography of art history as a symbol of fertility, reincarnation and vitality. Kott is especially interested in the animal’s independence and force of life that it embodies, altogether independently from humans. In her installation the rabbits act as potential beings and examples of life.

The installation Being a Being originated in an extended stay in Bruton, Somerset in the South West of England where Anna Kott had a residency in 2016. Both rabbits and wool are closely related in place and time to this experience.

Two of the rabbits are included in the new artist book Anything at All, whose structure is mirrored in the installation Being a Being and which is on view as a prototype as part of the exhibition at Garten 114.

In March 2019 Anna Kott has a solo exhibition at Bruton Museum, Somerset, UK where the artist book will be launched officially.

Garten 114 is a new gallery and project space in Berlin Mitte. The name Garten (garden) not only references its address on Gartenstraße but also signifies that it is a place where young ideas and talents can grow and be presented – often together with established artists. Garten 114 is committed to the presentation of art of various genres and to providing a space for alternative culture. The programme includes exhibitions, readings, workshops and intends to revive the cultural tradition of the meanwhile more and more retail oriented Berlin Mitte.