﻿ City on the Water | Link to Poland
Previous Next 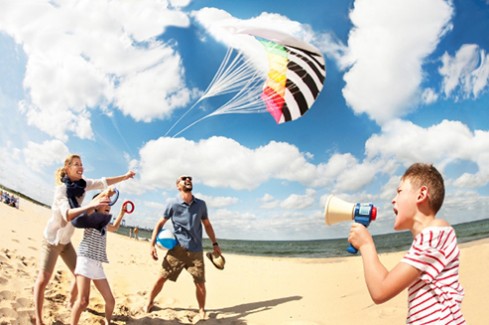 Since the existence of the city, water always has been its greatest wealth. It maintained and defended it. For many years after the war the city neglected its treasure. Today it is quickly making up for its losses. Recently numerous canoe and yacht marinas as well as water tram stops allow you to explore Gdańsk from the water.

The Wisłoujście Fortress is a medieval lighthouse, over time enclosed with fortifications defending the entrance to the port of Gdańsk. Earthen bastions were erected with a moat, and the very centre is surrounded by a brick ring with homes built for officers next to it. Today, the historic fortress which is partly open to visitors, has become an interesting place to visit, but also tempts residents and tourists with their offer of reconstruction events. The most attractive is the staging of the naval battle at the mouth of the Vistula River, attracting crowds on both sides of the river. You need to see the fortification of the Wisłoujście Fortress!

From the seventeenth century communication between the fortress and Gdańsk was maintained by a scow (a small boat), pulled by horses from the shore. Today, as the only sea fortress in Poland, it is a major tourist attraction. Sailing by water tram down the Martwa Wisła River, just before its  estuary to Gdańsk Bay, we see the Monument of the Coast Defenders standing on the mound in Westerplatte. Almost vis-a-vis stands the brick lighthouse in Nowy Port, which up to the year 1984 showed ships the entrance to the port. Twenty years later it was converted into a lighthouse museum, open during the tourist season. Its peak is decorated with a restored time ball, which measures time with an accuracy of one second per 200,000 years. From the balcony of the lighthouse rising more than 20 metres, you can enjoy a real sea view and fix your eyes on Westerplatte – the place where the World War II began.

The Polish Maritime Museum perfectly reflects the sea climate of Gdańsk – a museum whose facilities are divided by… the river’s water. Part of the collections, located within the restored granaries, tells about Polish maritime traditions, underwater archaeology and the history of maritime paintings. The Old Crane, standing on the other side of the Motława River, originally the destination of merchant ships of old Europe, today fulfils an educational role. In its interiors we touch models of the former Gdańsk port, we see what the waterfront and lighthouses looked like, we look inside a pile chamber, on which tax was collected. We will also visit a merchant trading office – a place of concluding trade agreements. Visiting the several floors of exhibition located within the medieval walls of the Crane, through a small window we can see Motława River and the marina built on it, which during the season is full of yachts with various coloured flags. Right next to the Crane is located one of the most modern educational facilities – the Maritime Culture Centre.

With increasing traffic on the river, canoes have been gaining in popularity. During the season those renting water equipment encourage visitors to explore the city from the water level. You can not only admire buildings standing on the most representative water artery, stretching along Long Embankment, but also sail the Opływ Motława, in order to get to the Martwa Wisła River. For larger groups, the canoe may be replaced by a dragon boat, and for those liking even more comfort, galleons and a water tram are waiting at the Fish Market. They sail to Westerplatte and Sobieszewo Islandas well as to Sopot and Hel. Tourists also have at their disposal private motor yachts on which you can sail around Gdańsk Bay.

At the mouth of Wisła Śmiała to Gdańsk Bay, in the immediate vicinity of the sandy beach and the “Bird Paradise”nature reserve is the National Sailing Centre, offering yachts and motorboats for charter. Gdańsk beaches are made up of more than 20 kilometres of golden sand, stretching from Świbna to the border of Sopot. There are guarded beaches set up on them and waiting for beach-goers are places renting deck chairs, screens, umbrellas and sports equipment. At their disposal are changing rooms with showers and for cyclists there are bicycle stands. Children will find pleasure on water slides and air cushions, while at the pier in Brzeźno and Stogi one can take advantage of free internet access.

Photo © the City Hall of Gdansk

We invite everyone to participate in the 4th World Gdańsk Reunion