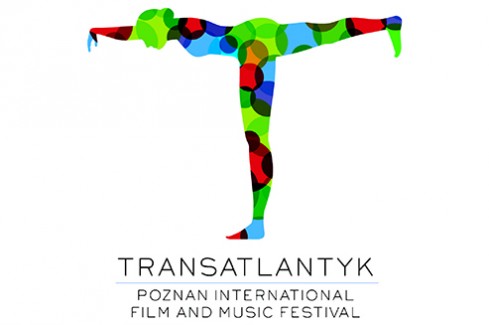 “The analogy between the art of film – video and music, and the process of culinary creation is the idea behind the Culinary Cinema; therefore, engaging absolutely all of our senses here is the key. We want to reinforce the questions asked on the screen through a unique experience, and imprint them in the memory of our guests, forever. Through Culinary Cinema, we propagate a healthy, clean, traditional food, in opposition to GMOs and industrial mass production.”

For the third time in Poznan, TRANSATLANTYK Festival will present a unique quality of Culinary Cinema. During a film cycle under the same title, in addition to film screenings in Poznan Multikino 51, the audience will have the opportunity to participate in unique dinners, inspired by the movies.

Every ticket for each of the five screenings is also an invitation to a four-course dinner, which will be held in a carefully selected restaurant space.

As always, authorial menu of Culinary Cinema will be prepared by exquisite chefs. Moreover, discussions with renowned film makers and culinary art creators will be held each evening. As in previous years, this extraordinary event is being prepared in collaboration with the creators of the Berlinale Festival.

Seeking the flavors of life, in both literal and metaphorical sense is the common denominator in this year’s film repertoire. Passion is the driving force behind human actions, it can turn everyday life into art, it also has the power to affect problems of the world around us; no matter what corner of the globe or what culture we live in. Taste is the meaning of life, so let’s taste it together with the makers of the films we selected and with their characters.

“Make Hummus Not War”, the film directed by Trevor Graham, Australian traveler and documentary filmmaker, begins just like hundreds of other films and television news coverage of this area impacted by the Israeli-Palestinian conflict: with the images of explosions and street fights. Soon, however, the director drops that subject and directs our steps to the little family restaurants and small pubs full of great atmosphere, in the streets of Jerusalem, Beirut, Tel Aviv and New York, filled with sounds of local music and the scent of za’atar, saffron and curry, to show us, with his charming and unpretentious sense of humor that peace across boundaries is actually possible. At the dinner-table.

“Slow Food Story“, directed by Stefano Sardo, is set in the area of small, Italian gardens. It is a story of a passion for great food that overcomes a passion for politics of a left-wing activist and a novice journalist, Carlo Petrini. Petrini who turns a spaghetti, cooked by an Italian “Momma” into a recipe for a patriotic attitude, is so fascinated with exquisite Italian wine, local produce and endless dinning that he creates the Slow Food movement, that now has an international outreach. Thrilling Italian flavors, and a intellectual background of this wonderfully educated and well spoken Petrini, give an interesting perspective on the creation of the largest ever initiative promoting a culture of healthy – and enjoyable – food.

The idea of healthy and responsible eating is also a flagship for this interesting project by an American, Jeremy Seifert – “GMO OMG”. Inspired by his 6-year-old son’s obsessive interest in seeds, Jeremy decides to embark on a journey across the United States searching for answers as to what exactly Genetically Modified Food is, and if it is even possible to control what we eat in such highly industrialized country. From the perspective of the engaged father of three, he discovers, horrified that even a fish caught in a crystal clear, one would think, stream in Sequoia National Park is not free of GMOs. And awareness of Americans in this matter is being intentionally limited by corporate giants.

In “Mussels in Love”, Willemiek Kluijfhout, a Dutch director, also uses the metaphor of the family as the core of the film; film that seems to be telling a story of the developmental cycle of mussels, but it actually talks about a passion for farming, reproducing, observing, and of course, in the end – eating mussels. The number of restaurants awarded by Michelin and world-renowned chefs is surprisingly high for such a small country; the Dutch turned eating mussels into a national sport; however, the love for these elusive creatures fills nearly every frame in this poetic film, giving them human qualities and causing a genuine feeling of compassion when we watch them land in boiling water …

“Jadoo” means ‘Magic’ in Hindi. The film directed by Amit Gupta tells a story of two brothers, Raja and Yaga, both wonderful chefs, who fall out so catastrophically that they tear the fabled family recipe book in half; one brother gets the starters and the other gets the main courses. They set up rival restaurants on opposite sides of the road. Unfortunately, both brothers can now only cook half of the perfect traditional Indian meals; this drives both of them crazy. This is a delicious comedy about food, family feuds, relationships and love’s trials.

Culinary Cinema is one of the most important sections of the Transatlantyk Festival that takes place in Poznan. The rise of culinary arts that we have been observing over the last few years has been reflected in many areas of life. Seemingly ordinary meal preparation has gained the status of a creative process and has become an important key to the spirituality of modern men. The uniqueness of the culinary world has been recognized by the creators of Berlinale Film Festival who seven years ago, for the first time presented to the audience in Berlin an innovative film section, where film screenings were paired with dinners inspired by particular movies. In 2013, in Berlin, 16 films were screened under the slogan “Dig Your Food – From Field to Fork; ” they were carefully selected by the curator of this cycle Thomas Struck who also monitors the conceptual relevance of this edition of Culinary Cinema in Poznan.