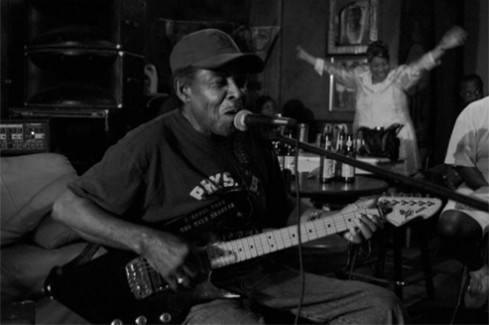 ,,The images in this exhibition are taken from my many trips to the United States and the State of Mississippi. These journeys have gradually given me a large network and especially many friends in the “blues” landscape in the heart of the homeland of blues. Without these networks, many of these images would have never been attached to the camera or memory stick. The images represent a unique deep dive into the extremely different culture. There is a lot of music in these pictures as well. Simply because they represent people who created the blues as a music form. Through this exhibition, you get to meet people and environments that which even for many Americans represent a totally unknown world. These photos were taken in the period of 14 years between 1998-2012’’ – described by Morten Gjerde

Morten Gjerde was born in 1964 in Notodden, famous for one of the biggest blues festivals in Europe. Gjerde began to photograph in 1983. His pictures, as he describes, are a blend of  documentary photography and art. He combines his first passion with the other which is travelling. During his trips, Gjerde meets many people from whom he takes his inspiration.

Suwalki Blues Festival 2013 is organized by the City of Suwalki and Suwalki Cultural Centre as part of the program “Promotion of cultural and artistic diversity, as part of the European cultural heritage”. The program is carried out with support from Iceland, Liechtenstein and Norway within the EOG Funds.