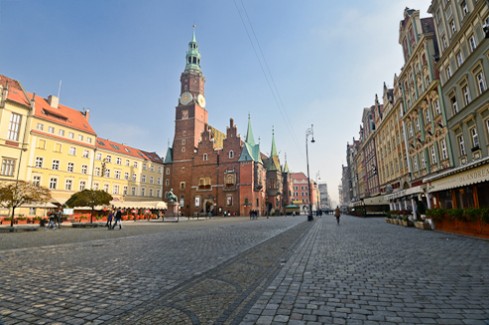 In the past two decades, the number of Italians in Poland has increased from several hundred to several thousand. Poland is becoming more and more a destination for Italian emigration. Who is the most eager to settle in our country, and why?

Riccardo and Anna is a Polish-Italian couple from Rome. They have been together for 25 years. Riccardo retired two years ago. For a year he’s been trying to convince his wife to move to her hometown-Krakow. “I almost did it” – Riccardo says with a smile. – “I’ve put our apartment on sale and as soon as it finds the buyer we will move to Poland.”

Anna explains: -“For me retirement is still a long eight years away. Because of the crisis, the company where I work was forced to downsize. I am now working sometimes 10 hours a day, because I have to cover the empty positions. I earn only a little more than the national average and I’m already sick and tired of the situation. In Italy, to change careers or jobs these days is just a dream, so finally I let my husband convince me to quit it all and go to  Poland, where from Riccardo’s pension we will be able to live peacefully and even prosperously, especially since we intend to replace our apartment in Rome for two in Krakow – one for us and the other to rent.”

“I am a 31 -year-old Italian and a long-time time reader of your magazine. I am writing to you because I have a serious intent to move to Poland to find work. I recently lost my job and I would like to try to settle in Poland, which seems to provide young people with better career opportunities. I would be grateful to get any information on the paperwork that I will have to do to start living and working in your country (…) “- a fragment of the letter of S. Marco, who wrote to our office exactly one year ago.

From the article Roberto Polce titled “Italiani in terra Polacca, una breve storia” (“Italians on Polish soil, a brief history”) published in the pages of the Italian magazine “Limes”, which in January 2014 devoted the whole release to Poland, we learn that among today’s Italian immigrants most people are similar to Riccardo and Marco, that is the “over 60” and “under 30” (or, more generally speaking, young people).

The author notes that most willing to settle permanently near Vistula are people without children or whose children are grown. In contrast, the Italians having school-age children are mostly taking low cost flights travelling between Italy, where their family lives, and Poland, in which they work.

How many Italians now live in Poland?

“A few months ago, our editors tried to get information about the Embassy of Italy in Warsaw. – The data that our institution has gathered shows that nearly 4,000 Italian citizens are resident in Poland , but this number is certainly incomplete…”

Roberto Polace, quoted above  who has examined  the history of the Italian presence in the Polish lands with great care, we learn that there is virtually no way to accurately size the Italian Diaspora. ” Unofficially  – but probably very close to reality – is the data that is given byAndrea Bandira , the manager Italdesk.com (Agenzia per lo Sviluppo del Sistema Italia in Europe centrale) and advisor to the Swiss- Austrian Bussiness Consulting. In Poland today, about ten thousand Italians are constantly coming (…). About a thousand live in Wroclaw, 3000 in Katowice /Cracow, about 4000-5000 in Warsaw, and another 1000 to 1500 Italians in other areas of the country (…) “(quoted in R. Polish woman, Italiani in terra Polacca, una breve storia; Limes No. 1/2014, p. 182-183).

Where do Italians usually work in Poland?

R. Polce spoke with 28 -year-old Italian from Wroclaw who showed that in the capital of Lower Silesia young Italians mostly take jobs in the outsourcing of large companies and banks such as: IBM and HP, in the Crédit Suisse, Bank of New York, Nokia, Siemens, but also Italian restaurants, pizzeria and companies, such as the Whirlpool Europe, Elica, Italmetal and Indesit.

Most Italians work in multinational corporations , Italian companies and in the catering industry and trade, living in big cities.

How many Italian companies exist in Poland ?

Also on this question we can find a comment on  the wide panorama of Italian diaspora. “In the whole of Poland there are currently about two thousand Italian companies , of which 800 are large companies, invoicing 3-4 million euros” – gives Alessandro Vanzi, president of the Warsaw Comunicazione Poland and publisher of ” Gazzeta Italia” (quoted in R. Polish woman, Italiani in terra Polacca, Limes, idem, p. 184).

… And who would have thought …

For many Poles in Italy, the article by Roberto Polce , will prove to be the most interesting of all , included in the ” Limes “, which as we emphasized is entirety devoted to Poland. In addition to the interesting statistical data , the author discusses the various social aspects of ancient and contemporary Italian emigration. We learn, among other things, that what is the stereotypical image of Italians in our country, which ruins the integration of newcomers into Polish society, and how it happens, and it happens in many different ways: there are Italians, who are eager to learn Polish, see new country of residence as their homeland and those who, after  years  spent on the Vistula can hardly say a simple sentence in Polish, especially if their work does not require knowledge of our language, preferring a closed environment countrymen.

Interesting comments also apply to the emigration of the heart, which in recent years begins to change direction. Until recently, the Polish -Italian marriage (where usually the wife is Polish) built a life together in Italy, and today more and more are willing to choose Poland.

Courtesy of the Editing Team of “Nasz Świat”