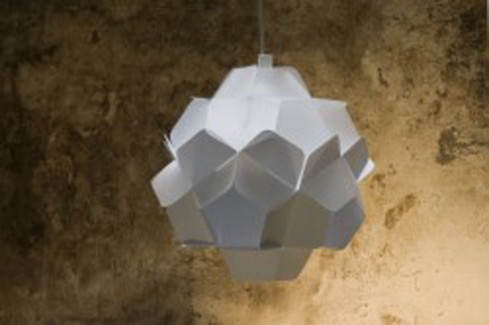 Innovative and functional Silesian artistic designs is shown at the exhibition entitled “Design It. In Silesia” in the Polish Institute in Berlin. The opening of the exhibition was held on 4th December 2014 on Saint Barbara’s day, i.e. the Miners’ Day.

The Silesian artistic design has been developing in a highly dynamic way. It combines elements of the fine arts, architecture and handicraft and intertwines tradition with modernity. A common trait of works presented in the capital of Germany is pragmatism, which is their typically Silesian feature. Although designers selected by Adrian Chorębała curator of the exhibition, who come from Silesia, frequently tend to work and operate outside that region, all their works are always provided with a specific “Silesian quality mark”.

During the exhibition a compendium of knowledge will also be presented dedicated to the Silesian design prepared by professor Irma Kozina entitled “Design icons in the Silesia Region”. The visitors will be able to admire a few design gadgets, such as: Sadza Soap, i.e. coal shaped soap of Marta Frank, “Palec ślonski” [Silesian finger]– a porcelain finger for making holes in Silesian dumplings designed by Marta Szafraniec (SAFFA) and a citrus juicer shaped as the Spodek sports and entertainment arena designed by IDE.

The exhibition prepared for the Polish Institute in Belin was developed in cooperation with Michał Kubieniec and Dominik Tokarski from Geszeft Katowice. Its partners are: the Marshall Office of the Silesian Region, the Municipal Authority of Katowice and the Rondo Sztuki Gallery. The exhibition will be open to visitors until 6 February 2014.

On 10 December the exhibition visitors will be able to participate in a dicsussion entitled “Wenn aus Kunst Kohle wird” (“When art is only money”). Participants of the meeting will discuss the role of promotion of culture and creative industry in the development of particular regions on the basis of information concerning North Rhein-Westfalia and Silesia. The discussion is to be held in the Representative Office of the Land of North Rhein-Westfalia at the Federal Government. Participants of the meeting will include among others Katarzyna Kacperczyk, undersecretary of state in the MFA and doctor Angelica Schwall-Düren, Minister for Federal, European and Media Issues of the Land of the North Rhein-Westfalia.

More information can be found on the website of the Polish Institute in Berlin.