﻿ Invest in Eastern Poland | Link to Poland
Previous Next 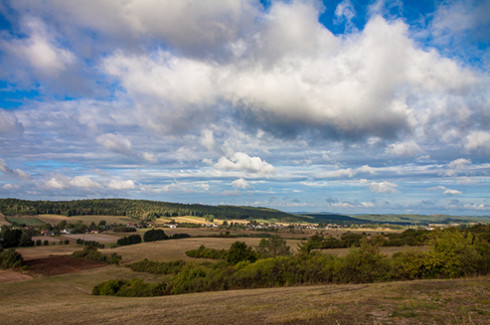 Eastern Poland – this is a new investment area in the European Union. Check out the investment incentives.

Economic attractiveness of Eastern Poland’s regions depends on industry activity, service activity and technological advancement. Common advantages for the whole Macroregion of Eastern Poland are the following: being close to the frontiers, special economic zones and industrial parks, the least polluted agricultural areas of Central Europe, the access to Union means, well educated inhabitants, natural resources, institutes for natural medicine and spas with highly qualified staff, cheap working force and beneficial conditions for the development of tourism and agrotourism. As for the general security the area along the eastern frontier positively stands out. It is the effect of low or average level of crimes and their high detection.

Macroregion Eastern Poland comprises five voivodeships: warmińsko-mazurskie, podlaskie, lubelskie, świętokrzyskie and podkarpackie. All of them are characterized by the lowest GNP per capita both in Poland and in the European Union countries- 25 (less than 40% of the EU average GNP per capita, which at present amounts to about EUR 24,800).

Eastern Poland covers 31,6% of the country’s area. It is characterized, among others, by a low investment rate and a slight flow of foreign investments. It results, first of all, from poor economic and social infrastructure, insignificant absorptivity of the market and insufficient activity of the voivodeships in attracting investors and promotion of export.

Macroregion Eastern Poland has five neighbours. To the north it is bordered by Russia and Lithuania, to the mid-west by Belarussia, to the south-west by Ukraine, and to the south by Slovakia.The Polish neighbouring voivodeships are: pomorskie to the north-west, kujawsko-pomorskie, mazowieckie and łódzkie to the west, and śląskie and małopolskie to the south. It is the eastern border of the European Union and the Schengen Zone.

The region of the five provinces produces at present 15% of added gross national product. Analyses show that the region is giving up agriculture and, instead, is developing services and consulting sectors. However, industry, mainly the food one, still highly participates in the economy of the whole region. The majority of working people are employed in industry. Because of the fact that food industry is more immune to rapid changes in the world marketplace, the eastern region was not touched by the worldwide financial crisis.

Eastern Poland is reputed to be a region in which well-educated and highly qualified workers can be employed at a low pay. Graduates of three major academic centres in Lublin, Białystok and Rzeszów have excellent qualifications, yet the level of gross remuneration remains several per cent lower than that of the country’s average.