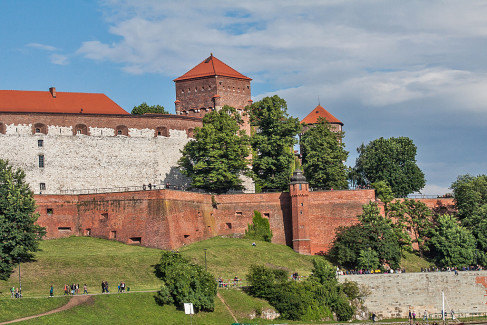 For the third year in a row Kraków has been named as the best city break destination in Europe. The Polish city received the highest consumer rating on holiday review site Zoover and hence wins the Zoover Award for Best European City Trip 2016. – The Dutch loved Kraków, now there is no doubt! – enjoys Andrew Pawluszek, deputy director of the Foreign Tourist Information Centre in Kraków, who together with Magdalena Stoch from the resort POT received the award.

The Zoover Awards are accredited based on consumer reviews. In total, over 200,000 reviews were taken into consideration during 2015. It analyzed the average score of all places in Europe city break – culture, nightlife, hotels and atmosphere.

Zoover is the biggest holiday review site in the Benelux. With 185 million visitors every year, Zoover is for many travellers the first port of call for a successful holiday or day out. In the Netherlands, Zoover also operates the labels VakantieReisWijzer, weeronline.nl and Meteovista. Zoover has websites in 25 countries. The website contains more than 2.6 million reviews and more than 356,000 accommodations in more than 45,000 destinations worldwide.