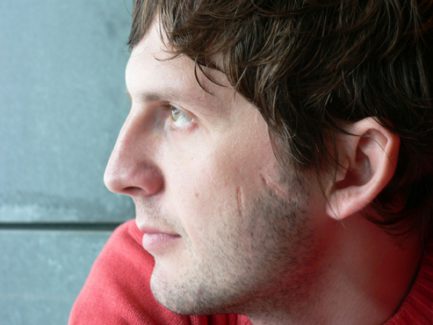 Marcin Stańczyk, a lawyer and a composer, the only Pole to receive the prestigious Toru Takemitsu Composition Award, once again represents Poland in the cultural cooperation programme between China and 16 European countries (16+1) in edition for 2018-2019.

Composer will be the artistic ambassador of Poland in 2018 and 2019.

The 16+1 Group was founded in April 2012 during the then Chinese Prime Minister’s, Chin Wen Jiabao, visit in Poland. At that time the conditions of cooperation were agreed between China and 16 countries from the region, including Poland, Albania, Bosnia and Hercegovina, Bulgaria, Croatia, Montenegro, Czech Republic, Estonia, Lithuania, Latvia, Macedonia, Romania, Serbia, Slovakia, Slovenia and Hungary. Poland is the biggest European country participating in the initiative.

The idea behind the 16+1 Programme is development of economic cooperation as well as commercial and cultural exchange between the countries. It will involve various economic and investment forums, conferences on ministerial levels, events connected with tourism, education and culture as well as study visits and artistic creations undertaken in particular countries.

The first edition of the 16 + 1 program was held in 2016-2017, and the invited composers – cultural ambassadors, learned about Chinese culture and traditional music in the provinces of Fujian, Yunnan, Gansu and Guizhou. The participants of the program took part also in workshops with the Forbidden City Orchestra in Beijing.

The artistic ambassador of Poland in 2016 and 2017 was Marcin Stańczyk. The experience he gained in China has resulted in the creation of a new work entitled “Dancing Dune”. The composition had its premiere on December 6, 2017 at the Shanghai Philharmonic and was performed by the Shanghai National Chamber Orchestra under the direction of Zhou Ke.

The success of the first edition of the 16 + 1 program resulted in the second edition, which takes place in 2018-2019 and assumes deepening knowledge about the culture and traditional music of China and developing bilateral cultural relations.

“It is extremely important that the Chinese partners do not only care about organizing subsequent “editions”, but also attach importance to establishing long-term relationships, giving the opportunity to fully understand and deepen their culture” – emphasized Marcin Stańczyk.

On May 29, the composer has started one more monthly trip around China and Inner Mongolia. This time, he will visit, among others Shanghai, Yangzhou, Suzhou, Hangzhou, Chengdu, Ordo, Hohhot, Xilinhot and Beijing. The result of impressions and experiences gained during this trip will be the next composition, already ordered by the Chinese host of the 16+1 program. It will be a work for the National Orchestra of Chinese Instruments. Its premiere in planned for 2019.

More information about the 16+1 Programme can be found on: China & CEEC Business Council

Read also: “For the composer, impressions and feelings are important…” interview with Marcin Stańczyk