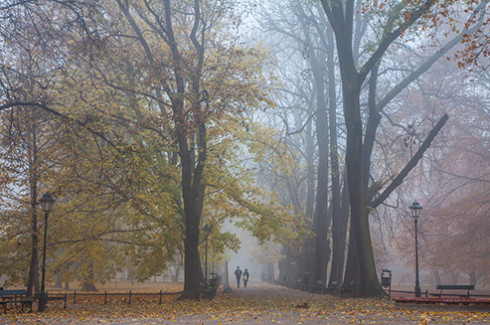 Wisława Szymborska wrote a couplet about Czesław Miłosz, and when Miłosz learned that Szymborska had been awarded the Nobel Prize, he said with satisfaction: ‘Wasn’t I right?’ During the 5th Miłosz Festival, thanks to partnership with the Wisława Szymborska Foundation, the charm, dignity and irony of two unusual poets will return to Krakow.

“Much has already been written about Wisława Szymborska’s friendship with Czesław Miłosz, but it is something worth emphasising also with a symbolic gesture: the Wisława Szymborska Award Gala will take place during this year’s Miłosz Festival. Krakow is UNESCO’s City of Literature all year long. On these days, it will be mainly a city of poetry under the patronage of both Nobel-winning awards,” announced Michał Rusinek, the president of the Wisława Szymborska Foundation.

This year the Wisława Szymborska Foundation will grant awards in two categories: for a book of poetry in Polish (100,000 PLN) and for a poetry volume translated into Polish (both the author and the translator will receive 50,000 PLN). The awards will be granted during the formal gala in the Krakow Opera on Saturday the 11th of June, and the winners will meet participants in the Miłosz Festival on the following day.

During the Festival, there will be another symbolic meeting of Czesław Miłosz and Wisława Szymborska. On the last day of the Krakow festival of poetry, i.e., Sunday the 12th of June, a biographical documentary film about Szymborska will be presented for the first time. This portrait of the Noble-winning poet is largely composed of historical materials from archives and fragments of interviews with her. The film Napisane życie (Written Life) directed by Marta Węgiel and based on her script, with music composed by Stanisław Radwan, was produced by the Book Institute, the Krakow Festival Office and the Polish Television TVP S.A. The document contains opinions expressed by the poet’s friends, publishers, biographers and collaborators (e.g., Bronisław Maj, Tadeusz Nyczek, Teresa Walas, Wanda Klominkowa, Jerzy Illg, Michał Rusinek, Joanna Szczęsna) and, most importantly, by Szymborska herself. Photographs from the archives of the Wisława Szymborska Foundation will allow the audience to enter the less known private world of the Noble-winning poet. Thanks to recordings from TV archives, it will be possible to listen to her voice, stories of daily experiences that acquire special importance, as well as poems read by her. It is the poems that build the rhythm of this picture – a story of her adolescence years, love, friendship with artists and solitude, and, at the same time, an important reflection on writing and poetry.

Entrance tickets to the film show will be available on the first week of June.