﻿ Poles are not only cheap labour | Link to Poland
Previous Next

Home » Migration » Poles abroad » Poles are not only cheap labour 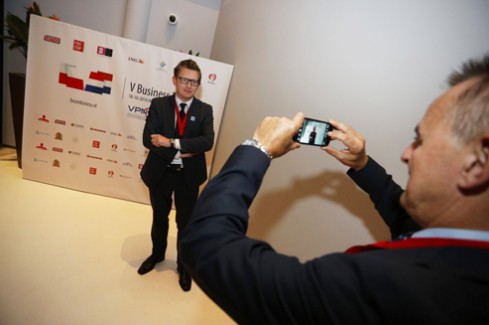 Nomination is just the beginning…
The 15 nominees for the price of Polonus 2014 in the Netherlands are known. It are these people that thanks to their passion, dreams and structural and efficient work prove that success is close and that it is not geographically set. By the participation as a jury member, I had the delight to meet candidates for the third time which have a broad asset of activities, knowledge and skills. It is an excellent opportunity to invite the nominees, and others who participated in the election, to promote the potential of Polish people living abroad and of Poland as a country. In my opinion this subject has not received enough attention and it is worth the effort to change this together.

Beneficial position of Poland in Europe
The newest publications of the magazines Forbes and The Economist put Poland in a very positive position as a country with many opportunities. From this the Netherlands benefits as well, which is one of the most important strategic economic partners of Poland. The Netherlands is one the biggest investors in Poland. The ever improving position of Poland in Europe translates itself into greater interest for Poland as a destination for investments, but also holiday destination or for study. Trade ranging up to almost 15 billion euros stimulate Poland to more interaction, relocations and cooperation.
Dutch people nowadays ask more questions about Poland, search information and join events in the Netherlands that are organized by Poles living in the Netherlands. It is a good opportunity for the promotion of Poland in the Netherlands and for anyone who attends the election ‘Pole of the Year’ or is involved in the organization, such as: contestants, attendees, nominees, winners, media and sponsors. It is the right moment to show what Poland has to offer, to start collective initiatives and inspire each other. It is also important to change the negative image of Poland. Poles are not just a source of cheap labor, fishers who pillage the Dutch canals or bad swimmers. The different categories of the election fit well to this. The representatives of multiple sectors are of great importance to take note of the Polish presence in the world. Categories such as business, science & technology, culture and ‘successful young Pole’ have a big influence on the way our fatherland is being perceived. Also appointing a price to a Dutch person with contribution to the integration of Poles in the Netherlands form an important step towards a cooperative integration and the building of mutual, synergetic relations.

Mutual promotion of Poland in the world
An important role in improving the image of Poland is to bring information. I am very happy that the portal Link to Poland (www.linktopoland.com), which has started during the edition of Pole of the Year in 2012, is involved in the media support of this event. With delight we want to spread information regarding the news and results of this event, in order to inform the relations of Polonus about their progress. In the recent months Link to Poland has also been launched in the Dutch language for our neighbors, co-workers or other parties. The website Link to Poland also has a section dedicated to Poles living in the Netherlands. Here people can find the necessary information about living in the Netherlands on one place.
I invite everyone to mutually show the Netherlands and the world with the enormous potential, energy and creativity of Poland. This can be used to promote Poles abroad.
Personally and in name of the editorial office of Link to Poland, I wish all nominees success and pleasure in starting new and good contacts due to their participation to Polonus.
See you during the election gala in Hilversum at the 15th of November.

Member of the jury Pole of the Year Netherlands