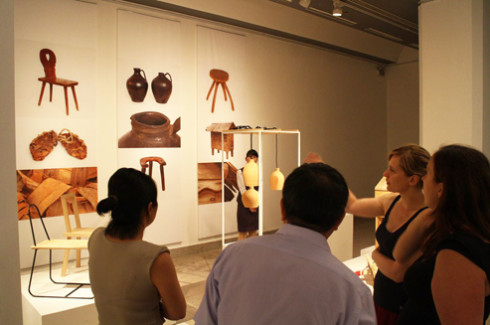 An exhibition mounted by the State Ethnographic Museum in Warsaw will familiarize Chinese audiences with Poland’s ethno-design, or modern design inspired by folk art. The event’s patron is the Polish Institute in Beijing.

Entitled “From Sources to Inspiration: Ethnic Motifs in Polish Design“, the exhibition features over 200 modern artefacts inspired, among other things, by long forgotten production techniques and old musical instruments, such as the hurdy-gurdy.

Visitors to the National Art Museum of China will also get to know the “liberating design” initiative, and have a chance to explore some of Poland’s most intriguing brands and designers that draw on folk traditions.

“Given the warm reception and anticipation with which Polish art is met in China, perhaps we should consider renaming the National Art Museum of China into Polish Art Museum,” Wu Weishan, Director of the Beijing-based museum, jokingly said while opening yet another Polish-themed exhibition.

Under the patronage of the Polish Institute in Beijing, Polish art found a permanent place at Chinese museums and galleries in 2015. From February to May, the National Museum of China hosted the largest display of Polish art from the 15th-20th centuries to be ever shown in Asia. Art aficionados from Harbin and Chengdu had an opportunity to marvel at works by the best graphic artists from Krakow, including Krzysztof Skórczewski and the artistic couple of the Wejmans. The National Art Museum of China in Beijing also played host to a big exhibition of contemporary Polish art, showcasing creations by Jan Sasnal, Tadeusz Kantor, Alina Szapocznikow, and Katarzyna Kozyra, to name but a few.

The exhibition of Polish ethno-design at the National Art Museum of China in Beijing runs until 16 September. The project was financially supported by the Ministry of Culture and National Heritage of Poland

Source: Ministry of Foreign Affairs of the Republic of Poland Press Office, Polish Institute in Beijing