﻿ Start-Up Chile – an interview with Michał Majewski, PublishSoSimply | Link to Poland
Previous Next 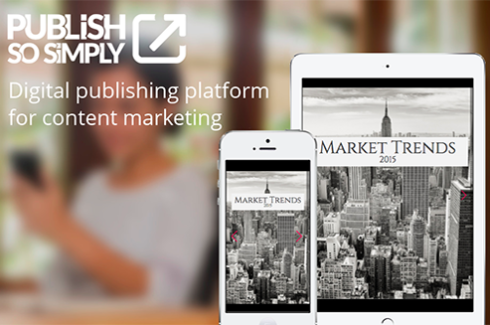 Every time more than 2,000 companies from all over the world apply to Start-Up Chile and approximately 100 initiatives are selected. This year Michał Majewski and his PublishSoSimply Project was one of them. We are talking with Michał about his success and the plans to make his company a success.

How did you prepare for the competition?

Quite chaotically, I must say. We found out that we were going to Chile in December and we got there in February. In less than 50 days we had to go through the whole visa application process that, in the case of a residence visa, is quite complicated, plan the trip, rent a flat and deal with all the affairs in Poland, which in my case meant preparing two companies for my absence.

As far as the application phase in September is concerned, it was an easy part. We had to complete quite a long questionnaire and describe how our company operated as well as our achievements. However, when I saw that a record number of companies from all over the world applied this year, it turned out that PublishSoSimply had only 3% of chances to be selected. We hoped we would be among the winners but we kept it a secret until the official announcement. Where is the PublishSoSimply Project at the moment?

It is an active and completely functional product. It was in Chile that we managed to move from the trial version to the one that already has most of the functions we want it to have. In November we should be able to introduce tariff plans. At the moment our product can be used free of charge.

Why have you chosen an international target group and an English interface?

This is a tactic applied by many online tools. Our target group are people who deal with marketing and whose communication is done mainly through such documents as manuals, guidebooks, e-books, reports, etc. Instead of using pdf files they can create a document which can be adjusted to mobile devices and include video, sound and interactive charts. Our users are similar regardless of where they live and we currently have users in 6 continents and in several countries.

How did your time in Chile help you?

Start-Up Chile helped us in organising everything we do. We worked with several companies in one office, we had an access to experts and we took part in various training courses. This allowed us to build an action plan for the following months. We also got rid of a few typical Polish beliefs that are not good in the start-up world. Being selected for the competition is a motivating factor itself. Knowing that others see potential in our work is a very important thing for us.

Why is it worth applying for such competitions?

In order to give yourself a chance. Such trips speed up every company’s operations. On the one hand, it provides money for development as well as knowledge to grow. On the other hand, it is an opportunity to make international contacts and become accustomed with operations on the global market.

What are the three most precious hints that you would give to people who take their first steps in business?

I always believed that you have to be wisely persistent. Most successes result from many years of hard work. In the online business world there is a myth of great ideas that happen just like that but such examples are very rare. Most results are achieved through sacrifice, responsibility and commitment. At the same time you cannot be stubborn and have an open mind to learn quickly, adjust to changing conditions and be effective in what you do.

Photos © from the private archives of Michał Majewski, PublishSoSimply