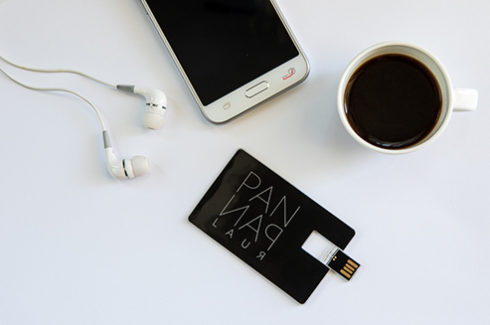 A new record called “PanPan – Laur”, a mixture of deep house, chill out and drum & bass, is already available in the online music stores. “Udekoruję dziś” is the second single promoting this record – watch and listen to a new music video.

The project is held under Link to Poland’s media patronage.

From August 2016 a new record called “PanPan – Laur”, a mixture of deep house, chill out and drum & bass is already available in the online music stores. For this record Bartłomiej Waszak wrote a few new pieces and to well known compositions from the previous record of the United States of Beta – “Poles Jazz the World”, gave a completely new dimension and electronic sounds.

“Udekoruję dziś” (I will decorate today) with the guru of the Polish house scene –  Jacob A is the second single promoting this record. The song is accompanied by a new music video, to perform in it artists invited the Downhill rider Natalia Budner. She won two gold medals in Joyride Bike Fest – the biggest Polish bike festival – in Downhill (an extremal type of mountain biking) and Pumptrack contests.

The “PanPan – Laur” record includes also 4 deep house/jazz in the house pieces, which are remixes of compositions from the “Poles Jazz the World” record, made by Maria Sadowska, Novika, Nick Sinckler and Michał Rudaś. Completely new arrangements are performed by Aleksandra Komsta, Natalia Lubrano and Skadyktator.

More information about the project you can find on: United States of Beta | FB