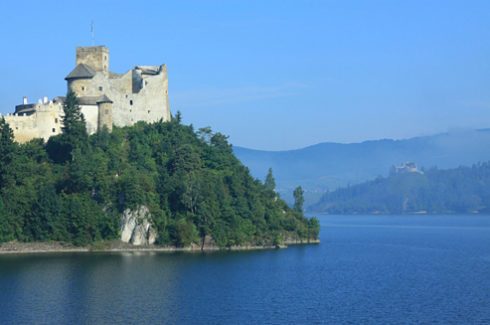 Summer is a great season to visit some medieval castles and move back in time to age full of heroic stories, kings, knight tournaments, epic battles and sieges. Just like Game of Thrones except white walkers and dragons! Here are the top 10 picks where you can unleash your imagination!

Here are the top 10 picks where you can unleash your imagination!

A classic example of the biggest 15th-century medieval fortress in Europe, covering an area of 21 hectares. It means it is huge! Malbork castle was the Teutonic Order’s administrative centre.

One of the best-preserved forts, built at the turn of the 13th century. Initially the seat of the Teutonic Commanders, Gniew Castle  was turned into prison and a granary in the 19th century. Famous for outdoor performances and tournaments.

Recognizable for its unique keep, this 13th-century castle, located on the trail of the Eagles’ Nests in Lower Silesia, is now the seat of the Fellowship of the Bolków Castle Knights and the Castle Party annual dark music festival venue.

The 14th-century Kwidzyn castle served as a chapter house for the Pomeranians. Featuring the inner court with four square keeps in each corner, it is noted for the largest sanitary tower in Europe.

The jagged contours rearing over the village of Bobolice are a famous thrill. Now a ruin, the mid-14th-century Bobolice castle was one of the castles on the trail of the Eagles’ Nests built to defend the southwest border of Poland.

Perched on a basalt hill in the Lower Silesia, Grodziec Castle dates back to 1155. Partly ruined, the castle features a hotel and is host to medieval tournaments and jousts.

For several decades, Niedzica Castle in the Pieniny Mountains has fired the imaginations of film makers. Its stunning location atop a hill, gloomy dungeons and ghostly legends attract hundreds of visitors each year.

Once the home of King Wladysław Lokietek and Casimir the Great, Checiny castle served as a concentration point before the Battle of Plowce in 1331. The surviving remains make the castle a fascinating place to explore.

The 13th-century stone castle was a military outpost on the southwestern border of the Kingdom of Poland. One of the Eagle’s Nests, Bedzin Castle  is now home to Zaglebie Museum.

Embedded in the rock, the most impressive Eagle’s Nest of the Polish Jura. Built in the days of King Casimir the Great, it was home to distinguished Polish families. Several Andrzej Wajda’s films were screened here.