﻿ Warsaw in eyes of Felix Seichter -Link to Poland
Previous Next 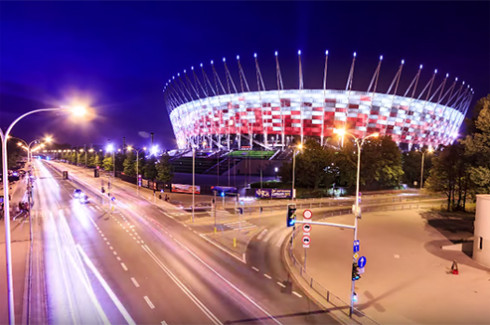 Felix Seichter, young tourist from Germany, decided to make a film about Warsaw. Not knowing the capital he took his camera and went to the places from the guide. We asked Felix about his project.

Tell us something about your project?

In early August I spent a week in the beautiful city of Warsaw, the capital of Poland, to make these amazing videos. With temperatures rising to 43° Celsius, it was very hard for me to carry the heavy camera equipment throughout the day. Nevertheless, I had a lot of fun in Poland! The people there are much more open and hospitable than in my home, Munich. A lot of people asked me what I was filming and from which TV station I represented, however I just had to grin, because I’m really just someone who wants to show everyone how great a city Warsaw is.

After I told people I was filming Warsaw, most of the people responded with “What is there to film here?”.

Ultimately, I had lot of fun  and made a lot of great videos. I would like to say a big THANK YOU to the guys from Sky Concept who helped out with the great aerial views of Warsaw!

Can you tell me about your idea and what made you want to do a movie about Warsaw ?

My goal of these films is to show people worldwide all of the beauty of this city! Six years ago I stayed in Warszawa, and at that time I fell in love with your city. Sorry for my bad English. (laughs)

But you don’t know Warsaw, and this movie was created by someone who does not know the city, right?

Right! I just saw some pictures and planned the video shoot with a travel guide and Google.

Did you prepare the script for the film alone, or did somebody in Warsaw tell you where to go?

Apart from the post-production. I had no help.

Three days ago there were 16,000 views on your video, now there are more than 360,000 with lots of comments, what do you think about them?

The video is shared more than 2,500 times on Facebook. There is a massive amount of Clicks, Likes, Comments, Emails…. So many I’ve never had before and I’m totally overwhelmed. Luckily I have an administrator who takes care of the YouTube comments. And all of this in one day!

Are you planning to make another movie in the series for a different city in Poland? Have you been to other places than Warsaw?

Yes! I also stayed in Gdansk and Kraków and would like to make some videos there as well.

Thank you very much!