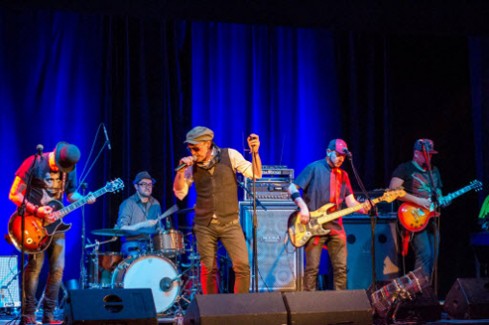 Róże Europy – the legend of  Polish rock and authors of such top songs as “Jedwab”, “Radio Młodych Bandytów”, “Marihuana”  or “Kontestatorzy” will perform on:

Róże Europy  was established in Warsaw in December 1983 by Piotr Klatt, its vocalist, guitarist and the author of lyrics. The band debuted on September 5, 1985 at the rock Festival in Jarocin – that concert brought them great popularity.

Roze Europy came back on the music scene after a few years, when they released two singles “Teraz” (2003) and “Kosmetyki” (2004), and then the album ”Zyj Szybko“ with their 18 hits from the years 1987 to 2004. The band continues to play and tour and remain one of Poland’s favourite groups.

The band has sold 1,000,000 albums and played thousands of concerts in Poland, England, Austria, Italy and the USA. Roze Europy offers music full of assertiveness, authenticity, interesting lyrics and multi-layer multi-generational appeal. The rhythm is always locomotive crazy pop music with rock energy, that grabs the audience with each concert.

Tickets and more information you can find on: Gram-X Promotions and Copernicus Center