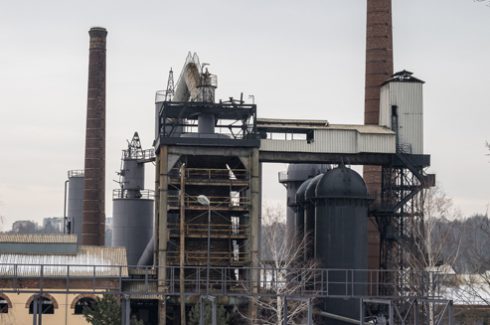 New location, two parallel categories – for students’ and professional teams, tasks inspired by real challenges, rules prepared on the basis of guidelines from projects of space agencies, such as NASA or ESA and the chance to take part in the analog Mars mission on the Arabian Peninsula – all this is waiting for the participants of this one of the most important robotics-space event in Europe.

The fourth edition of the European Rover Challenge will be held in Poland, on September 14th – 16th, 2018, at the Museum of Nature and Technology in Starachowice. It’s not a coincidence that this place was chosen for the competition this year. A track formed by experts for the needs of competition, located close to the historic metallurgical furnace, resembling a cosmic refinery of science-fiction literature will create the unique scenery of the event.

As in the previous editions, students have been invited to the competition (in ERC Student formula), for which the competition regulations have already been published. This year’s novelty is the opening of challenges for professional teams (in ERC PRO formula).

According to the originator of the competition and in the same time part of the ERC jury board, Łukasz Wilczyński from the European Space Foundation, opening competitions for professional teams not only raises the level of whole Challenge (also in the ERC Student category), but also allows competitors to establish business contacts – even in the workshop space.

The event had been already granted patronage by the Polish Ministry of Science and Higher Education, the Polish Space Agency and the National Center for Research and Development of Poland. Among the international partners of the event for this moment are: The Mars Society and Austrian Space Forum (OEWF), which prepared a special prize for the winners of ERC Student 2018 – the participation of team members and their rover in the OEWF’s AMADEE 2020 analog Mars mission, which will take place on the Arabian Peninsula.

The previous three editions, covering mainly the Mars rover competitions and science and technology shows, gathered a total of over 70,000 viewers. In the ERC competition took part over 700 competitors from 15 countries around the world, including Australia, Colombia, the United States, Canada, Egypt, Nepal and Poland. Among the guests of special previous editions, there were, among others: Ph.D. Harrison Schmitt (mission Apollo 17) – the last man to stand on the Moon, Ph.D. Robert Zubrin – founder and President of the Mars Society and Ph.D. Gianfranco Visentin – Head of Automation and Robotics Section European Space Agency.

Teams registrations for ERC Student 2018 has already started and will last until the end of March.

More information about the ERC and registration you can find on: European Rover Challenge