﻿ Jan Czochralski – little known in Poland, famous in the world | Link to Poland
Previous Next 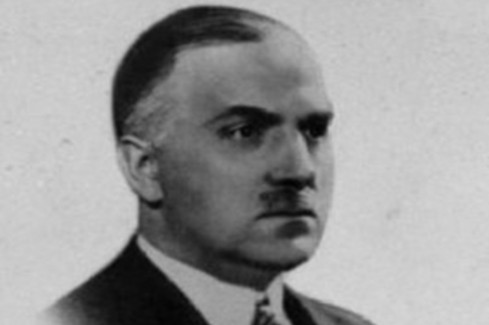 If we conduct surveys asking random people on the street of the most famous Polish name from the world of science and technology, the most common answer would probably be Maria Curie-Sklodowska, Copernicus or even Lucjan Łagiewka. But one of the outstanding Polish scientists is a little less known, but just as brilliant as the previously mentioned – Jan Czochralski.

One can rarely read about this scientist, chemist and inventor in Polish books, and it’s probably hard to find a street, square or a school named after him. Therefore, it is surprising that his name is the most frequently mentioned and quoted Polish scientist in the contemporary world of science and technology.
We should be proud of our compatriot, who we can definitely call the forefather of electronics. Without him, devices containing silicon chips, such as TV sets, microwave ovens, computers or mobile phones would not exist.

Exploring the Secrets of Chemistry

Jan Czochralski was born on October 23rd, 1885 in Kcynia, Wielkopolska, which was then Prussian territory. According to the will of his father, he graduated from Teacher’s Secondary School in Kcynia, while family rumours claim that he was unable to accept the final exam results, and therefore tore the secondary school diploma into pieces. The lack of this diploma closed the door to further teaching and research careers. Instead, he began to study chemistry on his own, and made a promise to his parents that he would return to Kcynia only when he’d become famous.
He started to explore the secrets of chemistry as a pharmacy assistant in Krotoszyn, and then in Berlin. That helped him to make his way around the world. At the age of twenty-one, he began his first scientific work in the lab Kunheim & Co. A year later, he was employed by the large company ‘Allgemeine Elektrizitäts Berlin Gesellschaft’ (AEG), where he was appointed head of laboratory studies on iron and steel. Unfortunately, the lack of secondary school diploma and university degree was an obstacle to furthering his career. Thanks to his persistence and hard work however, he managed to gain the title of ‘engineer of chemistry’ externally at the Technical University of Berlin. At this university, he also met his wife-to-be, Marguerite Haase, a wealthy Berliner pianist of Dutch origin. With the fortune of his wife, he could freely devote himself to science.

The beginning of the twentieth century was a time of great inventions and discoveries, such as the Wright brothers’ first flight (1903), the discovery of the real structure of the atom by Ernest Rutherford and Niels Bohr (1911), and the revolutionary theories of relativity and gravitation discovered by Albert Einstein (1905 – 1916). Young Czochralski was working in the research laboratories of AEG on the use of aluminum, where he studied the purity and quality of metals, alloys and ores. He had a break-through in his research in 1916, when he discovered a brilliant method of growing large crystals of metals and semi-conductors. This discovery was way ahead of its time, while it also came to the scientist by accident! While jotting notes, he had left a bowl with molten tin on the desk. In his hurry, he accidentally dipped the pen in the tin instead of the ink well. After lifting it up, he noticed a thin thread of solidified metal hanging down from the pen. This way, he came up with the idea of how to measure the rate of crystallisation of metals, and soon thereafter, he also built a device for measuring it. But, it was not until the 50’s, that his method started being used in practice, and then, the whole world of contemporary electronics could not develop without it. In 1948, scientists at Bell Laboratories, based on Czochralski’s experiment, created a single crystal of germanium and developed the first transistor. With time, germanium has been replaced by silicon, and a transistor has been closed into a chip, which both have revolutionized the modern world of electronics. It gave Czochralski’s method world-wide fame. None of the other, newer methods of growing crystals have been able to compete in the ways of applications and modifications as the Czochralski’s method to this very day.

In 1917, the now 32-year-old Czochralski moved to Frankfurt to be the head of a big laboratory Meallbank u Metallurgische Gesellschaft AG. In 1924, he patented the composition of the new alloy which does not contain expensive, imported tin and which has been started to be used in train bearings. It was a priceless invention for the German economy, which is why it was applied to the community immediately, in contrast to the method of growing single crystals. The alloy was later purchased by German railways. Which a few years later also USSR, the United States, Czechoslovakia and Poland bought. It has brought him both incredible fame and fortune.

In 1927, president Ignacy Moscicki, who also was a chemist, showed his appreciation of Czochralski when he tried to convince him to return to Poland and start a good job at the Warsaw University of Technology (WUT). The scientist returned to his home country in 1929, and became head of the chemistry department of ‘Metallurgy and Metal Science’ at WUT, which was created especially for him. For this reason, he rejected the more lucrative job offers in Germany and in Henry Ford’s factories in the United States.
Within a few years, Czochralski expanded his department, and developed the ‘Institute of Metallurgy and Metal Science’ at the ‘University of Technology’, where they performed work mostly for the army.

The German occupation was a very difficult time for Czochralski. As a former Prussian citizen, married to a German woman, he was under the special pressure from Germans who wanted to use him as an intermediary. He did not co-operate, but took advantage of his good relationship with the occupation authorities he received from helping Germany.
When, in mid-November 1939, the German authorities closed all the universities in Warsaw, including ‘WUT’, Czhochralski, at the request of his former employees, developed the ‘Materials Research Institute’. In addition, the department has helped Polish scientists to survive, be protected from being deported to Germany, and getting employment, it additionally worked for the Wehrmacht. Czochralski’s department produced parts for cars and motorcycles, worked for the gas industry, the locomotive industry, ‘Lilpop’, the ‘Roll and Loevenstein’, and ‘Norblina’. But it should be emphasised that the department also performed secret work for the underground movement. Witnesses claimed that professor Czochralski helped many Poles, including future WUT professors, to get out from Nazi prisons and camps.
After the fall of the Warsaw Uprising, thanks to the pass from the Germans, Czochralski could enter Warsaw which was abandoned and closed from Poles. In this way he managed to export and save some equipment of the former ‘Institute of Metallurgy and Metal Science’ from burning. At that time, some accusations was made. Firstly, that Czochralski wanted to use this equipment in his own factory that the planned to open somewhere near Piotrków, and secondly, it was said that he took money for moving private property and personal valuables that were locked inside Warsaw.

In April 1945, professors was arrested on the charge of collaboration with the German occupation authorities against the Polish country. An investigation conducted by the ‘Special Criminal Court’ in Łódź found that there was not enough evidence to prosecute Czochralski and the members of his family. In August, the investigation was dismissed for the lack of evidence to prove his guilt. Nevertheless, Czochralski’s opponents still argued that he violated the general rules obligatory for Poles during the German occupation, prohibiting any contact with the enemy.
In 1945, the Senate of ‘Warsaw University of Technology’ refused to allow him back to work, and excluded him from its organisation.

The embittered professor returned to his home town Kcynia, where he and his family founded BION – a chemical company, producing various kinds of cosmetics.
At the same time, American scientists from Bell Laboratories discovered his work from 1916 and called it “the Czochralski method.” The era of the semi-conductors, electronics, and computer science had begun. However, Czochralski was not involved in it. He died of a heart attack in 1953, without waiting for his rehabilitation. Only in 2011 he was officially cleared of all charges concerning his co-operation with Germany.

Jan Czochralski is not a classic example of a man of success, so different from the typical modest scientist working in within closed doors of universities. He was a friend of the president, and organised a literary salon in his Warsaw house. He was a chairman of several scientific councils and colleges, a consultant of the army, the Polish railways, and the Ursus factory. He received high financial benefits from his inventions, and he didn’t hide it. He sponsored art, funded excavations in Biskupin, and the reconstruction of Chopin’s mansion. Always elegant, wearing light-coloured suits, he never appeared without a bow and stick in his hand.
Professor Jan Czochralski was certainly a colourful character and tragic at the same time. The eminent scientist and practitioner in the field of science and technology also wrote scientific essays, and poems. He helped factories and young artists, and he funded scholarships to students in Germany and Poland. Widely known before the war and forgotten after the war, he was aware of his worth, which he achieved thanks to his hard work and refusing to be ridiculed and disregarded. He believed in the huge role of culture in the life of the nation and the individuals – therefore he was a patron of the art.

His daughter beautifully wrote the following about him: “Home country above all – it was the motto of my father. He kept thinking about his home country, he worked and gained his fame to the benefit of it and also suffered for it.”

In December 7th, 2012, the Polish Parliament passed a motion declaring 2013 to be the year of Jan Czochralski.