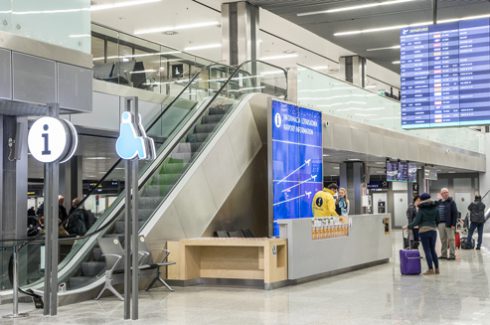 A direct connection with daily flights from Kraków to the Ukrainian capital will be operated starting from 26/12/2017. The largest Ukrainian airline is offering travel on the route from Kraków to Kiev Boryspil airport (KBP).

The first Ukraine International Airlines (UIA) plane from Kiev will land in Kraków at Christmas time. The regular connection with the capital of Ukraine will be operated all year round.

Flights from Krakow to Kiev will be scheduled daily (in the begining, before 8/01/2018, six times a week), by Embraer 145 aircraft.

The new Kraków – Kiev route is good news for passengers. With the convenient flight times, passengers get multiple transfer options from the Kiev airport to other Ukrainian cities as well as the US, China and, from the middle of next year, Canada.

Kiev-Boryspil airport is situated about 30 km east of Kiev city centre. Kiev is the capital of Ukraine and a twin city of Kraków since 1993. The first agreement on cooperation between the two cities was signed more than forty years ago. The capital of Ukraine is an important transport hub, a tourist, industrial and educational destination, as well as the host of a number of international fairs.
Kraków, on the other hand, is the second best known and the third in the ranking of the most investment-friendly and liveable cities among Ukrainian citizens. Last year, the capital of Małopolska was visited by 110,000 Ukrainian tourists (+158%). Kraków has more than 5,000 Ukrainian students and over 90% of all foreign students in the capital of Małopolska are Ukrainian citizens.