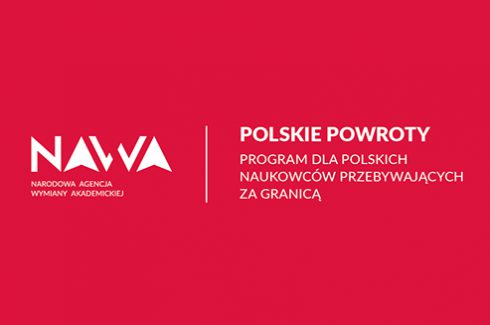 The Polish Returns Programme – without introducing a limitation of the fields of science, age or country of employment – is addressed to all Poles who, after their employment abroad, would like to continue their scientific development in Poland. It creates optimal conditions for the Returning Scientists to conduct scientific research in Poland or/and maintain developmental work at a global level.
Applications for funding under these projects can be submitted by 4 June 2018.

What is the main objective of the programme?

To enable Polish scientists to return to their country and take up employment in Polish higher education institutions or research units. The programme will create optimal conditions for Returning Scientists to conduct in Poland world-class research.

What costs are covered?

The task of the Returning Scientist is to create his own Project Group and apply for grants to Polish and international research funding institutions, as well as to conduct and disseminate research results in renowned scientific journals or to conduct development/implementation work. As part of projects financed in the programme, the Applicants plan research activities to be carried out during the project. The Returning Scientist will also be able to support the host institution by combining research

The two-year period since the Returning Scientist’s departure from Poland must end no later than on June 4, 2018.