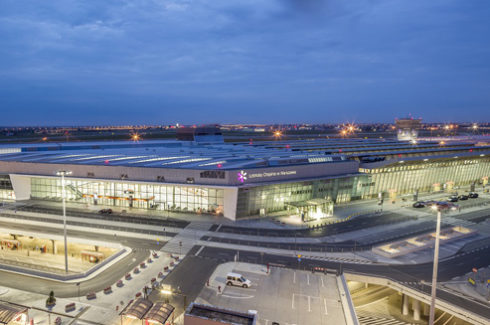 The outstanding result was possible thanks to an increase in passenger traffic at Warsaw Chopin Airport, expansion of Terminal A commercial space and maintaining a cost discipline. Revenues from aeronautical services, which went up by 8.2% to PLN 546.7 million, made the biggest impact, a direct result of highest-ever passenger volume. The year 2016 saw 12.8 million passengers served at Chopin Airport, ie. 14.5% more than in 2015. The non-aeronautical services sector recorded a higher growth dynamics as well. Following leasing out new commercial and service space in the refurbished part of Terminal A in May 2015, after considering sold goods and materials, non-aviation revenues increased to PLN 263.3 million (+ 13.7%).

The year 2016 was also successful in terms of cost management. Operating costs went up by 2.9%, to PLN 525.8 million, a slight increase, which should be attributed to the launch of new facilities, mainly the refurbished T1 zone of the airport’s Terminal A.

There was a drop in costs in other areas of activity, in particular with regard to consumption of materials and energy and salaries. In the latter category the decrease resulted from the release of provisions for the annual award and jubilee awards.

Dynamics of revenue and cost growth

PPL also managed to shift the dynamics of revenue and cost growth, which contributed to the improvement of performance indices. For example, personnel costs’ share in sales revenues and operating costs dropped to 24.1% and 37.1% respectively. The enterprise has full capacity to settle liabilities (a 2.6 financial liquidity index).

“Our biggest challenge in the upcoming years is to ensure the throughput of Chopin Airport and the region,” concludes Mr Szpikowski.