﻿ „This is my place on earth…” | Link to Poland
Previous Next 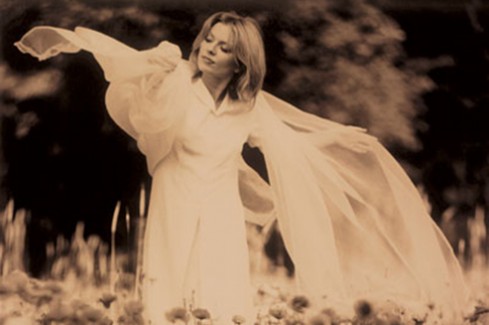 I was supposed to write an article about Polish jazz. Soon after I promised the creators of Link to Poland this article I realized I’ve chosen a mission impossible.

Many people ask me why I busy myself with jazz, why I created this foundation. Especially considering these difficult times in the cultural world. Why do I spend so much time, energy and funds on the promotion of Polish jazz in the Netherlands when many of that country’s cultural institutions are struggling for existence (not always successfully)?

I like challenges. I love the music. And even though sounds supposedly don’t distinguish between nationalities, most of the time I listen to Polish jazz. In those journeys I find so much more familiar scenes and landscapes than anywhere else in the world. Is that sentimental? Perhaps, but I enjoy returning to familiar places, where I feel content and safe. Which doesn’t at all mean they’re boring.

I was supposed to write an article about Polish jazz. Soon after I promised the creators of Link to Poland this article I realized I’ve chosen a mission impossible. A whole encyclopedia wouldn’t suffice to contain everything on this subject! But you have to start with something..

For me, everything began because of a certain petite blonde with an extraordinary voice. Anna Maria Jopek. Several years ago I listened to the album „Bosa” (“Barefoot”) and then… there was no turning back. I started to explore every sound, every phrase repeatedly with increasing amazement and awe. The next logical step was to take an interest in the musicians who played all the amazing tunes on the album. And so my adventure began…

Henryk Miśkiewicz – saxophone, clarinet. For me he is to this day the one and only, unequalled champion. Nobody can play like him. I own most of his records and my favourites are „Kakaruka” and „More Love”. In his performance there is something so warm, deep, utterly exceptional. In his case, the music reflects the musician’s personality.

Leszek Możdżer – piano. I think he is the biggest „export product” of Polish jazz music at the moment. He is one of those musicians that don’t just have talent; they have that special something, something nobody has yet named, defined, but immediately it is apparent whether a musician possesses it or not. Leszek Możdżer is a personality, institution, genius, a phenomenon. And it all started with the song „Bukowina”, from AMJ’s album…

Cezary Konrad – percussion. Whole books could be written about him. One of the best drummers in Poland, an arranger, composer, lecturer. Everyone who has heard and seen Czarek on a concert, will want to go back for more. He made a lot of not particularly remarkable albums (he worked on over a hundred!) worth listening to in their entirety… just because of his drumming. My father, a musician himself, always said that if a drummer is really good, even the most terrible band will sound good. There is a lot of truth in that. Anna Maria Jopek said this about him: „Czarek is incredibly talented musically. That’s why I propose to measure musicality, not just of drummers but of musicians in general, in Konrads.”

Marek Napiórkowski – guitar. I will always be grateful to AMJ for introducing me to Marek. Even though I always had ambivalent feelings towards the guitar, in Nap’s (as his friends call him) hands, this instrument reaches a whole new level. He is able to sooth with a ballad, when he’s accompanying for example Dorota Miśkiewicz, but can turn up the heat as well on a Full Drive concert, or with his own Trio.

Darek Oleszkiewicz – contrabass. I love bass lines, and this bassist is one of the best, performing not only in Poland but all over the world. Later his place in the Jopek-band was taken over by Robert Kubiszyn, who definitely is my favourite bassist in the Polish jazz scene. Unbelievably talented, he is able to play with equal virtuosity the contrabass, bass and acoustic bass.

Robert Majewski – trumpet, flugelhorn. This instrumentalist appears regularly and consistently on many albums by my favourite performers. Even though I’m not a fan of the trumpet, and despite desperate efforts I can’t seem to appreciate Tomasz Stańko, an icon of the trade, Robert Majewski does hit the sweet spot.

So much for an introduction. A modest introduction. Anna Maria Jopek introduced me to the world of Japanese music, enchanted me with rhythms from Portugal or Senegal, and our musical encounters only entice me to further quests and discoveries. That, for me, is jazz. An unending discovery of new paths and possibilities. Freedom.

Thanks to Czarek Konrad I got to know the music of Włodek Pawlik (I listened to his „Anhelli” for months on end, bored for not even a second), Filip Wojciechowski (who showed me how extremely difficult and interesting transcriptions from classical to jazz music can be), and Andrzej Kurylewicz. I then realized that I was enthralled by jazz much in the same way that I was by the music of Krystyna Prońko, Grażyna Łobaszewska, Andrzej Zaucha or Staszek Soyka when I was a child. All of the above mentioned artists will appear on the Polish Radio Amsterdam, on the show Jazz Cafe. I heartily invite everyone who’d like to listen to jazz from Poland for the broadcast on Thursdays at 18:00.

I can only finish with a quotation. The words are from the song „Bosa”, from Anna Maria Jopek’s album by the same name (“Barefoot”). And this can’t be translated to any other language. Besides, AMJ only sings in Polish, whatever part of the world she happens to be in. Even those who don’t understand the Polish language, listening, they understand that those songs, in a foreign tongue, flow from the heart and the Slavic soul.