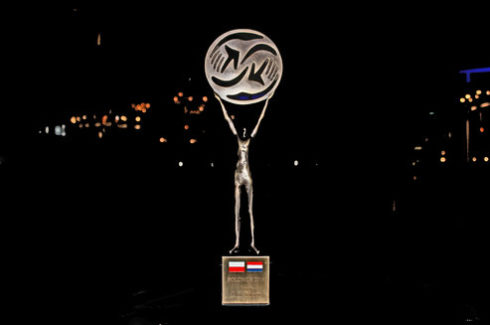 The finalists for each category have been selected by the jury, which consists of representatives of the Polish community. Let us learn about the winners and nominees in each category. Congratulations!

The contest, since the beginning, has been held under Link to Poland’s media patronage.

The finalists for each category have been selected by the jury, which consists of representatives of the Polish community and is led by Barbara Borys-Damięcka, Senator of the Republic of Poland. Today we present the winners and nominees of The Pole of the Year in The Netherlands contest and in each category. Congratulations!

Honorowy Polonus – Gmina Horst aan de Maas – which initiated and implemented the regional project “The importance of migrant workers” as an example of a successful cooperation of regional and state authorities with migrant workers. This project has become a role model for other regions throughout the Netherlands and beyond and showed the real face of Poles, as a new hard-working neighbors, who together with the Dutch want to co-decide about their life in the Netherlands.
Nominees: Vereiniging Dorpsbelangen Buinen, Ger Cox and Tiny Verhaegh, Han Tiggelaar

This year’s jury has awarded a special prize to Ed Cuber – who is involved in the affairs of Polish veterans of the World War II, already more than 18 years being a Deputy President of the Museum Breda-Polen Foundation 1939-1945 of General Maczek.

Audience’s award
Internet users voted online to decide which of the candidates would receive the audience’s award. Most, more than 4,000 votes were cast in the Career category. This year, the award went to Beata Łakota,  the DuoLife Poland company representative in the Netherlands, offering unconventional health solutions.

More than 500 guests gathered in Studio’s Aalsmeer  to watch the fifth edition of Pole of the Year in The Netherlands contest, providing an excellent opportunity to show the achievements of Poles living and working here. The evening delivered a hilarious spectacle  of Anna Maria Jopek and Krzysztof Herdzin, Robert Kubiszyn and Piotr Nazaruk.

After the official the ‘after party’ took place, which was a perfect moment to exchange experiences, to relax and to meet interesting people. This was a great another successful evening for both Polish and Dutch community living here.

Much apreciation to Domek.nl and the Director Dirk Swinkels for supporting this initiative a a main sponsor this year.

Once again we congratulate the winners and the organisers.