﻿ Is language a barrier? Poles on the American labour market | Link to Poland
Previous Next 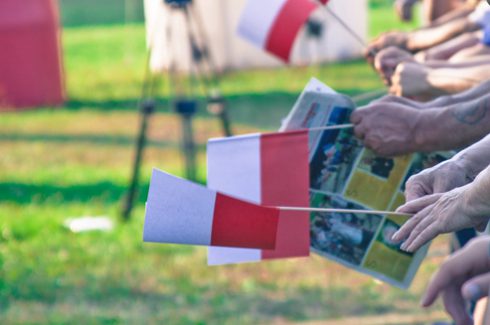 Immigrants’ linguistic abilities have an important impact on their access to employment opportunities on foreign labour markets. According to the American Community Survey, over 220,000 Poles in the United States (either immigrants or those who report Polish ancestry) are classified by the U.S. Census Bureau as limited English proficient (LEP) individuals. About 40% of Polish immigrants speak English less than very well.

The Polish diaspora in the US is the sixth biggest (after Germany, Mexico, Ireland, the United Kingdom, and Italy) and consists of 9.3 million members of whom almost 420,000 are immigrants and the rest were born U.S. citizens but declare Polish “roots”. Polish migration to the United States has been associated, historically, with changing political and economic conditions in Poland. The largest three “waves” of Polish immigration occurred at the end of the nineteenth century, after World War II, and post-1989 after the fall of the Soviet control. The flow towards the US increased again in the early 2000s, likely as a result of post-EU-accession migration enthusiasm. In 2010-15, the inflow of new legal Polish immigrants to the United States fell significantly, as recorded by the U.S. Department of Homeland Security. In 2010 the US welcomed 7,643 Poles, in 2015—5,275, compared to 15,351 in 2005 and 17,051 in 2006. The years to come will most likely bring further changes to the volume and direction of the contemporary flows of Polish migration. Brexit may coincide with Poland joining the American visa waiver program, encouraging more Poles to consider the States as their alternative migration destination. There is no doubt that the Polish diaspora in the US will keep growing, and as it grows its members will have to negotiate their labour market positions along a number of socially differentiating factors, especially English-language proficiency and cultural differences. The 2014 U.S. Census Bureau report points out that for the foreign-born, fluency in English is associated with greater occupational mobility and higher income. According to the Polish Public Opinion Research Centre (CBOS) Poles resident in Poland have gradually improved their ability to speak a foreign language. In 2001 only 42% declared communicative proficiency in at least one foreign language, by 2015 this number has increased to 53%. However, the percentage varies largely across different sociodemographic groups. While 78% of respondents aged 18-24 know a foreign language (out of them 95% speak English), less than a half of respondents aged 45 and over is proficient in a language other than Polish. Communicative foreign-language proficiency (usually in English) is most common among students (85%), university degree holders (84%), managerial staff and higher level specialists (80%), residents of large cities (80%), and administrative workers (78%). The groups that are least proficient at foreign languages are those who live in poor household conditions (63% members of the group do not communicate in any foreign language), the elderly (over 60%), village residents (58%), and those whose household income per capita does not exceed 1 400 PLN (over 50%).

However, are the ones who boast best language skill the ones who decide to migrate? There are certain discrepancies between the profiles of Polish people who statistically would have greater chances for economic success in the US and those who, in fact, migrate. For example, the 2015 CBOS’s report suggests that village residents, as compared to larger settlements residents, are most likely to live in a household in which at least one member works abroad. By 2015, almost every fifth village household (19%) has sent a member abroad. In cities of over 20,000 residents, this percentage is over a half lower (7-8%). Polish migration to the US is most commonly motivated by economic needs and prospects. Therefore, the US experiences a large inflow of Polish immigrants lacking sufficient human and financial capital and struggling to assimilate into the host society and enter the American labour market.

In 2015, 39.2% Polish immigrants spoke English less than very well, according to the U.S. Census Bureau. This was the worst score amongst all European nations (apart from the Russians), with the Scandinavians coming on top with the score of 9.1%. Poles still came above the average of 49.3% significantly lowered by immigrants from the Far East, with the users of Vietnamese (58.9%) and Korean (53.2%) forming the largest limited English proficient (LEP) groups. Nevertheless, the number of LEP Polish immigrants in the US has been gradually decreasing over the last decade, indicating that either Poles who decide to migrate have better linguistic abilities at the time of migration or that the numbers are lowered by the smaller influx of Polish immigrants to the US in general.

In general, employment and unemployment rates among immigrants and the U.S. born citizens in the United States have been similar for the past 2.5 decades. However, unsurprisingly, there are differences between the kinds of occupations these two groups find employment in. The foreign-born are more likely, compared to the U.S. born, to find jobs in service, natural resources, construction, and maintenance occupations, as well as production, transportation, and material moving. Among the foreign-born workers, there are 25% without a high school diploma, a five times higher percentage than among the U.S. born. In 2015, over 47% of immigrants in employment were LEP workers.

While census data and public opinion surveys can draw a context for understanding the Polish immigrants’ experiences on the American labour market in relation to their language abilities, they certainly overlook the heterogeneity of the phenomenon. These complexities can be unmasked through ethnographic research that reveals a fascinating mosaic of Polish immigrants’ lives and experiences in the US. A mosaic shaped and reorganized around different social conditions, motivations, priorities, and skillsets. In order to understand how the pieces of this mosaic fit together to form a broader picture of the American labour market, including English-language proficiency as one of the key factors is inevitable.

Polish immigrants, especially those with limited English proficiency, consider language the basic determinant controlling their occupational mobility and experiences in the labour market. Language abilities are a differentiating factor very unique to the migratory context. One can have all the competencies required to be employed (in terms of education level, previous experience, etc.), however, these qualifications can be easily eclipsed by the inability to communicate effectively in the new language.

Migration is no longer a single direction phenomenon occurring on a permanent basis. Where the probability of return migration is higher, migrants linguistic abilities tend to be lower, as a response to a lack of long-term incentives.

‘Students are more motivated when they know they will stay. If someone comes here and knows that studying English is a must for a better job, such a person learns much more quickly,’ says an ESL (English as a Second Language) teacher working with adult migrant students at Tunxis Community College, Farmington, CT.

The perspective of return migration determines the kind of sectors of the labour market where migrants seek employment at the start. They tend to opt for low-wage jobs that do not require proficiency in English and allow them to quickly save money and return home. However, some of them do stay abroad for an extended period or permanently and, due to the language barrier, they face difficulties in escaping the lower sectors of the economy.

Language at the intersection of other social characteristics

Being able to understand complex labour market trajectories requires recognition of the interconnectedness of different identities and hierarchical structures relating to individual’s class, background, and capital, among others, at different levels in society and different stages of the immigration experience. My qualitative study of Polish immigrants in Hartford, CT, highlighted the following complex processes, which, as they intersect with language skills, are responsible for shaping individual and unique migratory experiences:

The Polish community in areas characterized by large concentrations of Poles recognizes the tensions mentioned above and offers support in both improving English proficiency, through ESL courses, and finding employment, through offering jobs within the community that do not require English. The existence of the community also makes the wider public and the authorities aware of the presence of a relatively large number of Polish immigrants in that area, and encourages them to account for their limitations and enable their access to necessary services, for example, through offering translators in a number of institutions (e.g. hospitals, banks). Some immigrants, however, complain that the community limits their opportunities for integration and communication with the American society, and therefore, for the practice of English. They feel that their engagement in the Polish community keeps them away from developing skills necessary in the open labour market and in this way limits their labour market mobility to positions available within the community.

Full article you can download here as PDF version: Is language a barrier? Poles on the American labour market