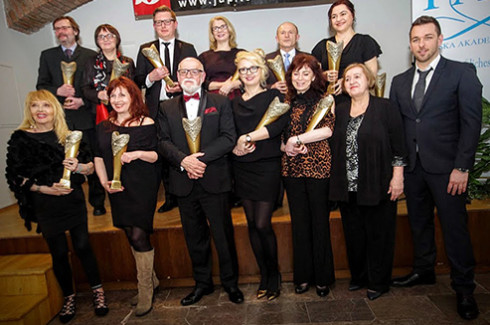 The winners of 11th Golden Owls Awards were announced last Saturday at a ceremony held at the Polish Academy of Sciences in Vienna.

The Golden Owls competition was started by Jadwiga Hafner, the founder of the Polish Intelligence Club in Austria and editor of Jupiter magazine. As pointed out by the organiser, laureates of the Golden Owls are Poles who are “distinguished not only for talent and achievements, activities, manners, moral qualities, but also social – kindness and ability to cooperate with Polish communities, working across boundaries and defending the good image of Poland and Polish migrants”.

Golden Owls were granted by the Chapter of the Competition to the laureates representing the following seven categories:

Julian Gaborek – Austria – founder and president of the Community of Poles in Upper Austria.
Mariusz Soltanifar – Netherlands – founder and CEO of Link to Poland.

The award for overall activity was given to Marek Brzeziński from France, the long-time correspondent of the Polish Radio in Paris, and culinary arts expert.

The Golden Owl award has also been given to Austrian singer Jenny Bill – originally coming from Uganda – who is a Polish culture-lover and is married to a Pole.

The ceremony was led by Jadwiga Hafner and Armin Innerhofer. The evening was graced by an artistic programme performed by Basia Moore and Maciej Solomon, accompanied by Marek Kudlicki.

Congratulations to all the winners and we are pleased that among them is also Mariusz Soltanifar from Link to Poland.

Golden Owls in previous editions have been awarded to, among others, Piotr Beczała, Rafal Olbinski and Agnieszka Holland.