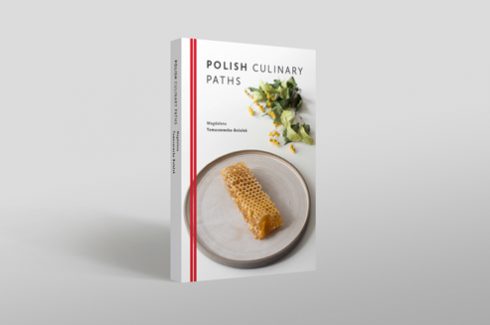 How does Poland taste? The answer to this question you can find in a book “Polish Culinary Paths” by Magdalena Tomaszewska-Bolałek. The publication is available in five languages, and from now you can download also its English online version.

Link to Poland is a media patron of the book.

How does Poland taste? It is salty like pickles, herring and salt from the Wieliczka Salt Mine, sour like fresh apples, bitter like offal, black tea and herbs, and spicy like horseradish. You will find the umami taste in meat, fish and mushroom dishes and taste sweetness in delicious treats, aromatic honey and Polish hospitality. This book is an invitation to a journey through the Polish culinary paths.

The publication is available in four languages: English, Chinese, Korean, Japanese and Vietnamese. You can download them for free by clicking on the links below:

Magdalena Tomaszewska-Bolałek — orientalist, author of the following books: „Japanese Culinary Traditions”, „Japanese Sweets” (in 2014, the book received the first prize in the Gourmand World Cookbook Awards in the category Japanese Cuisine; in 2015, during the 20th anniversary of Gourmand World Cookbook Awards on the Frankfurt Book Fair 2015, the book received the third prize and was declared to be one of the three most important publications on the Japanese cuisine published between 1994 and 2014) and „Culinary Traditions of Korea”. The Author researches the history of world cuisines, food anthropology, neurogastronomy, food design, food diplomacy and food tourism. She has been popularising food culture through meetings, lectures and cooking workshops. She is the head and the author of postgraduate Food Studies on the University of Social Sciences and Humanities in Warsaw.

More information about the author and her books you can find on: Hanami, Kuchniokracja